Gaskon explores concepts of unpredictability and transitions, sometimes foreseeable, but always with constant shifts into new directions, both circumstantial and psychological. Embedded within is the sense of a yearning for a new start, a new chance, and the experience of impermanence.
Gaskon sets the premises for a confrontation with philosophical questions: why we sometimes force new beginnings in order to re-direct our lives and decide that something has to be overcome, declared obsolete and a thing of the past. Yet, there are those changes, which we cannot control. They have a tremendous impact on our lives and bare sometimes a frightening uncanniness; we tend to live with but not necessarily reflect upon them, as they might negatively penetrate our comfort zone.
Until most recently, Alicja Gaskon’s work seemed minimalist at first sight, contradicting and opposing everything that recollects the act of creation. Her latest body of work, however, reflects a new approach, where her artistic practice is as much about the process, as it is about the result. Most often she seeks to invoke the idea of painting itself, simultaneously delicate and monumental, heavy and light, formalist in a way, but minimalist in content and appearance.
This new exhibition includes sculptures, wall reliefs of curious, meticulous forms and materials. Also on view are works on recycled fabric and canvas. Many of the artworks in the exhibition are about developing a formal vocabulary, which fuels Gaskon to produce an ever-evolving environment that allows for this sort of return to the center of a concept (or to the center of the self). In “new beginnings,” Gaskon utilizes forms and materials that appear contextually foreign. When put together, they form a completely new artistic path.
The gallery’s main room is dominated by an installation, centrally placed, but executed on a more intimate scale. It consists of a collection of torn tarmac pieces, strategically placed on painted metal sheets and scattered around. Placed on top of them is an open book with its content partially erased. Few words left to read, such as “again!” or “there is everything to be found”, correspond to the notion of a new beginning, as either its starting point or its prediction. The book itself is similar to a facsimile of the original nineteenth century volume of Fyodor Dostoyevsky’s Crime and Punishment from 1866. Originally, it was located in the library of Czar Alexander II (1818-1881).
More often than not, decisions affect our own lives, as well as those of others. Gaskon’s new body of work builds a bridge between the literary and the visual. Not only does she play with the physicality of “Crime and Punishment”, which focuses on the mental anguish and moral dilemma of the lead figure, Rodion Raskolnikov, she also refers to his existentialist dilemma quite directly. In search for the means of a new beginning and a better life for himself, Raskolnikov is debating whether or not to kill a pawnbroker for her cash. Finding arguments for and against it, he finally does the deed, having to bear harsher consequences than he anticipated. As one of the earliest novels of the psychological school, Crime and Punishment is used here by Gaskon as a starting point for her work. In a way, she is places an emphasis on Raskolnikov, who is facing the ultimate human dilemma, namely the decision between what is right and what is wrong, morally and economically.
The book is a deep psychological study that puts its focus on the mental anguish and the struggles of the mind and consciousness.  Even today its relevance is preeminent, as the same inner battles are often fought. Re-telling the story of Rodion Raskolnikov, who is desperately trying to turn his life to the better, Gaskon uses the narrative of the novel as a starting point into her visual exploration of “new beginnings”. Her goal is to generate an opportunity for a dialogue with the viewer, a chance to reflect more closely upon the dynamic of change that each new beginning generates.
Suspended between abstraction and representation, form and formlessness, Gaskon’s work can be viewed as ideas in their material manifestation, the process of transition becoming an object. Without being overtly programmatic, the exhibition builds upon references to the daily struggle of humanity in a globalized environment with its fast-paced days, eventful lives, multitude of changes, chances and choices. Included in the exhibition is a two-channel animation, in which images of the torn tarmac pieces from the installation are the main protagonists. The video, entitled A new beginning implies the story of our ultimate new beginning. Two monitors facing each other, standing for the two main theories discussed among scientists. (The ultimate beginning was either marked by a giant explosion during which the elements were separated, or conversely, smaller particles merged and created everything in existence now.) 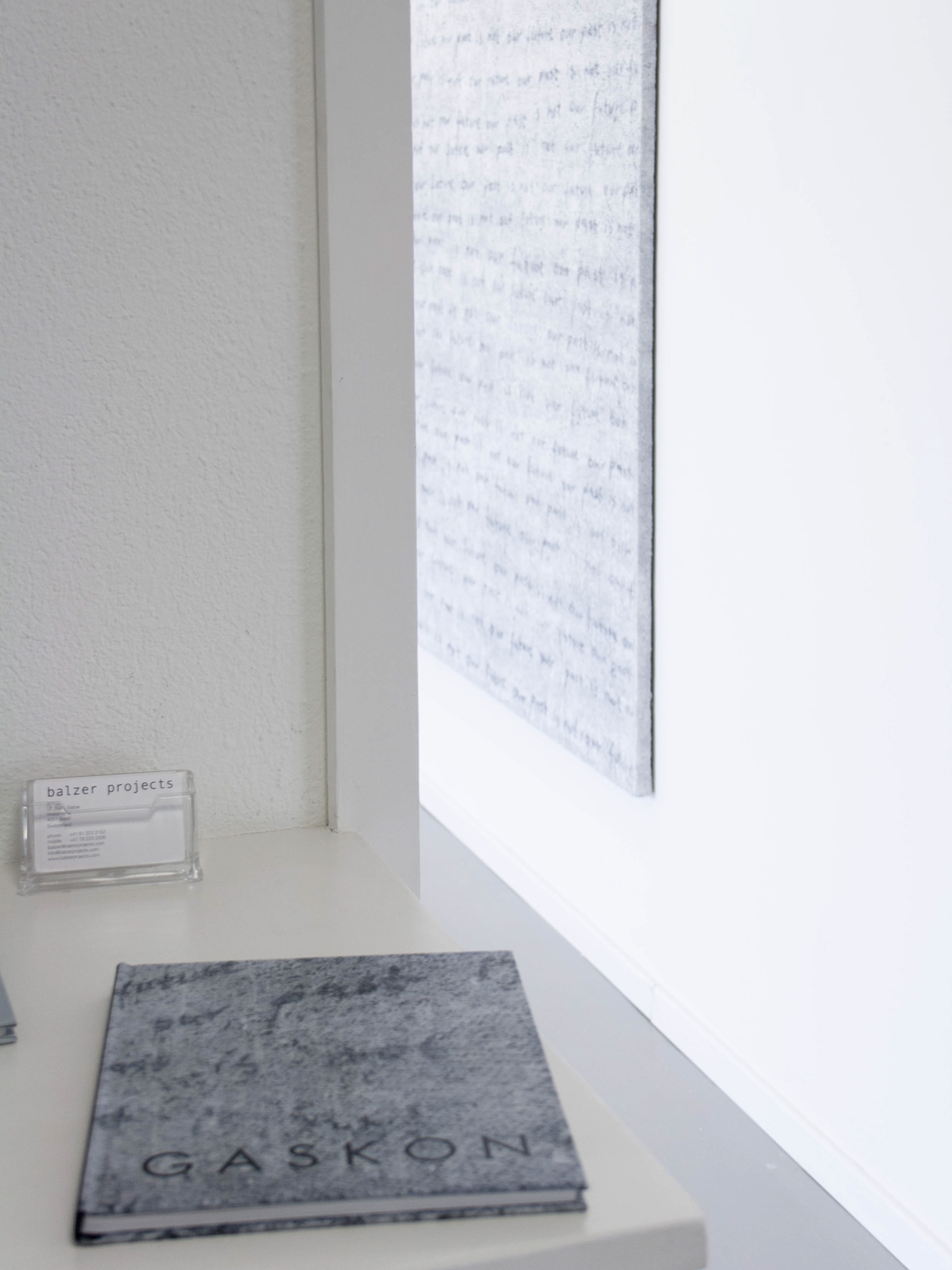 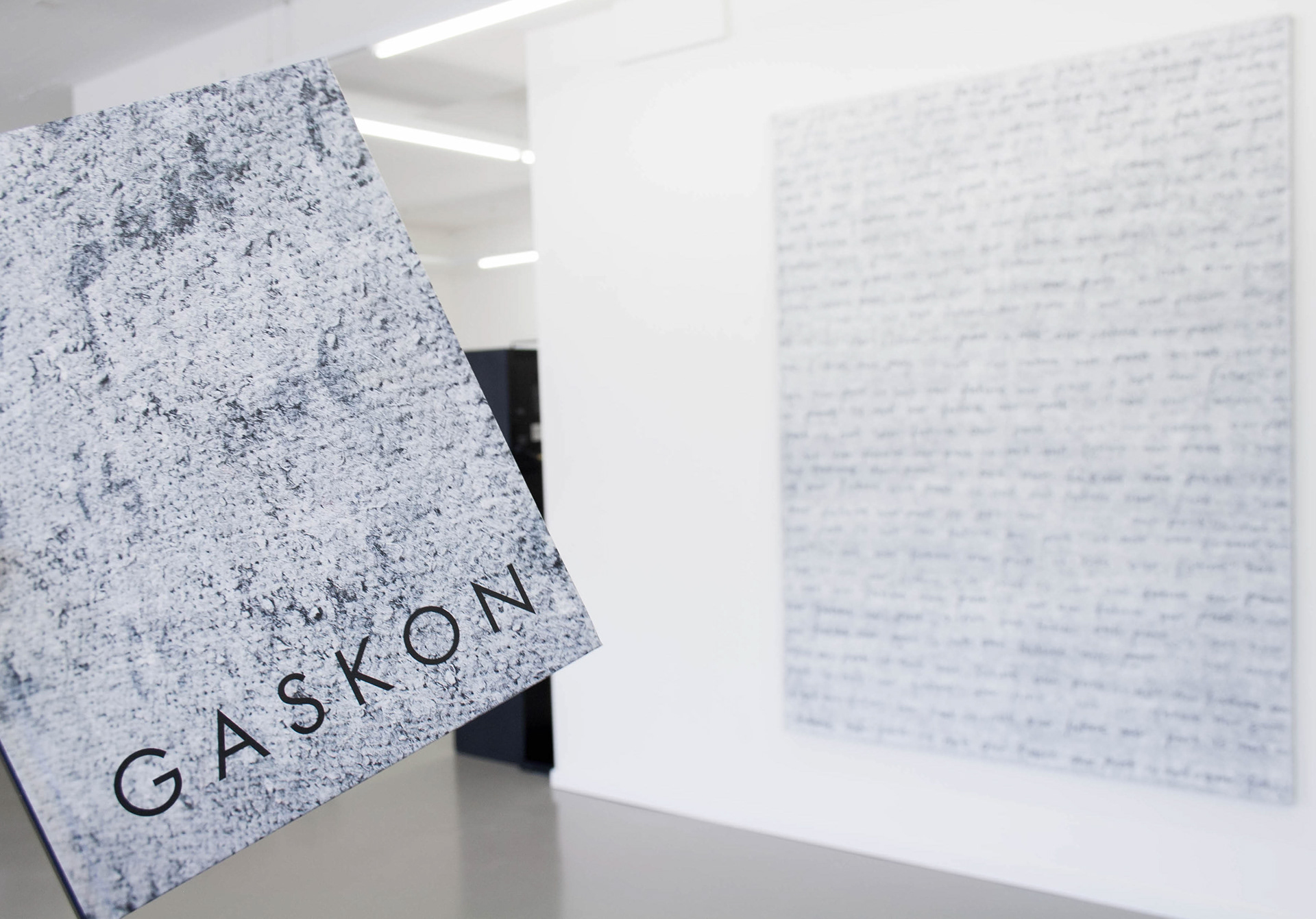 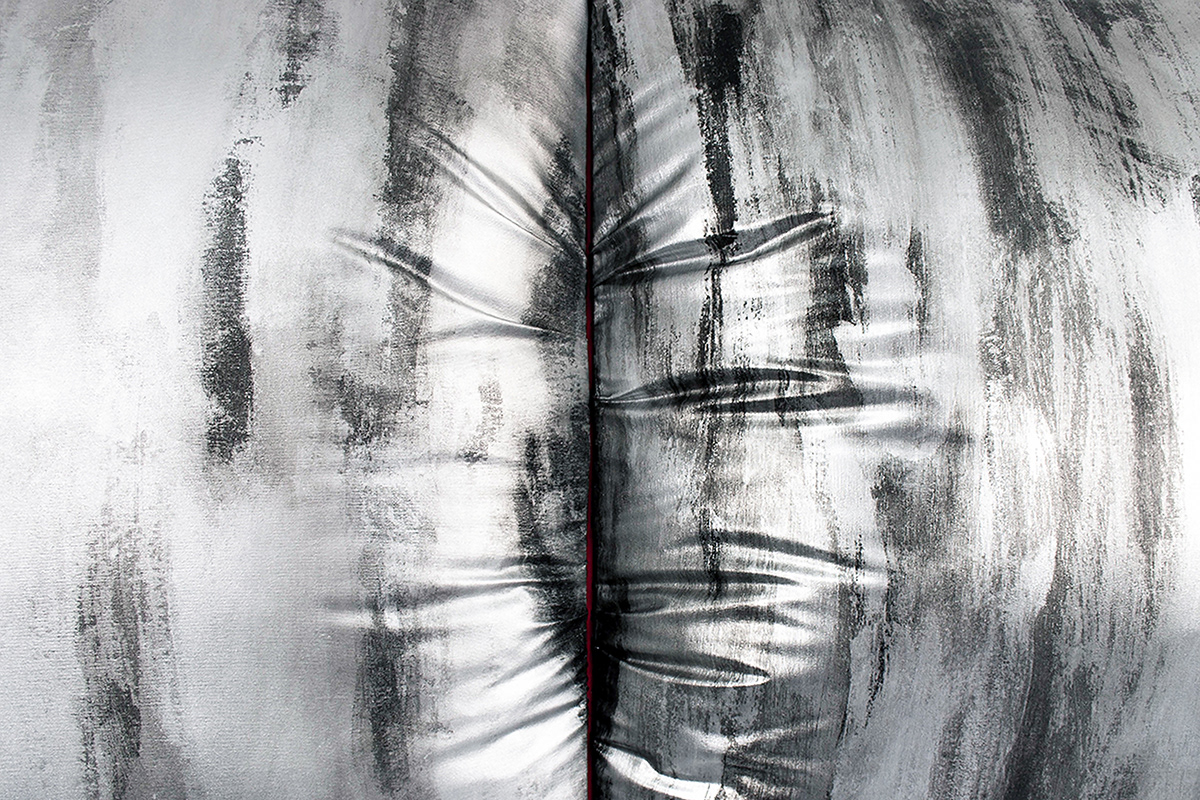 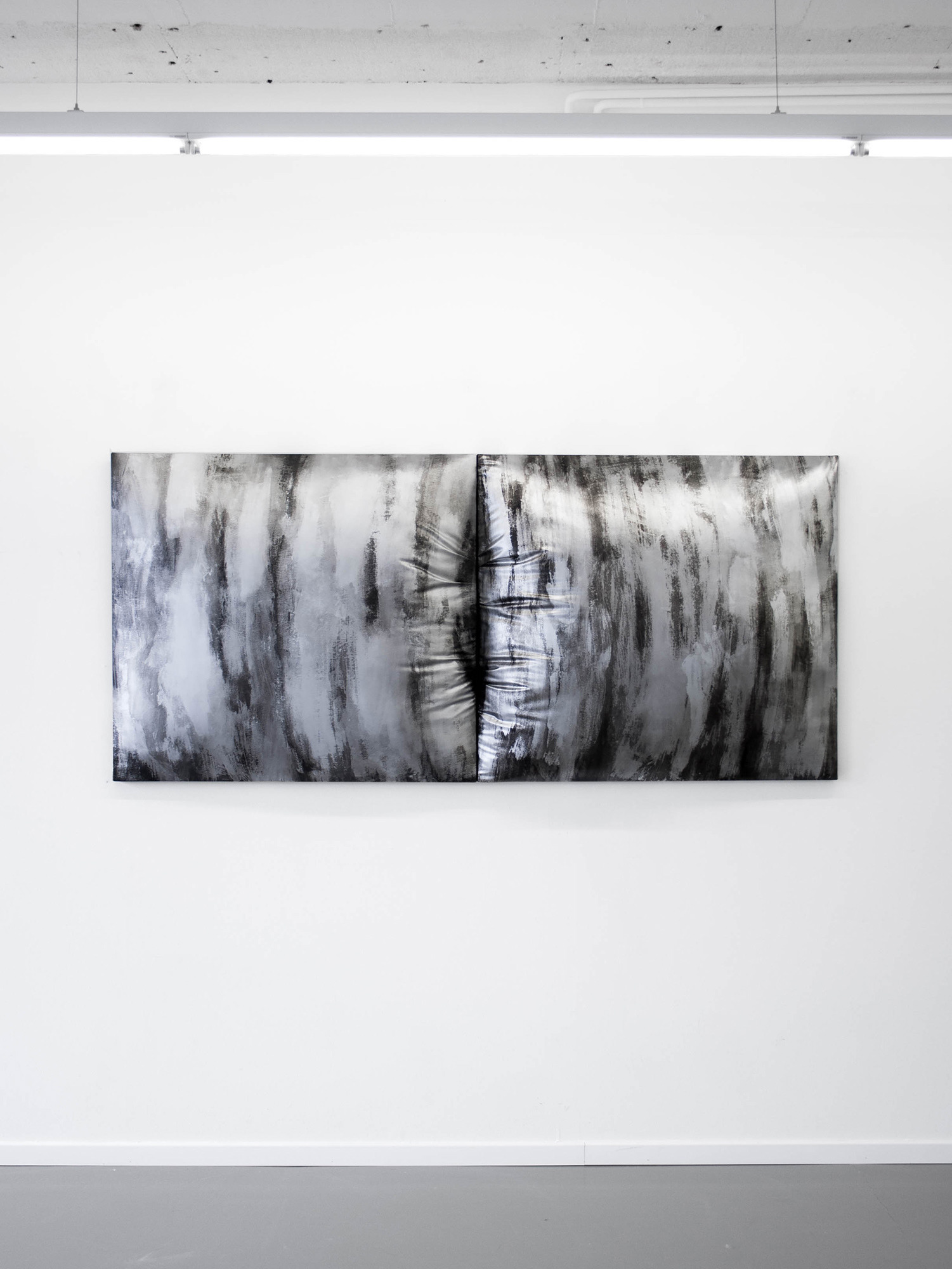 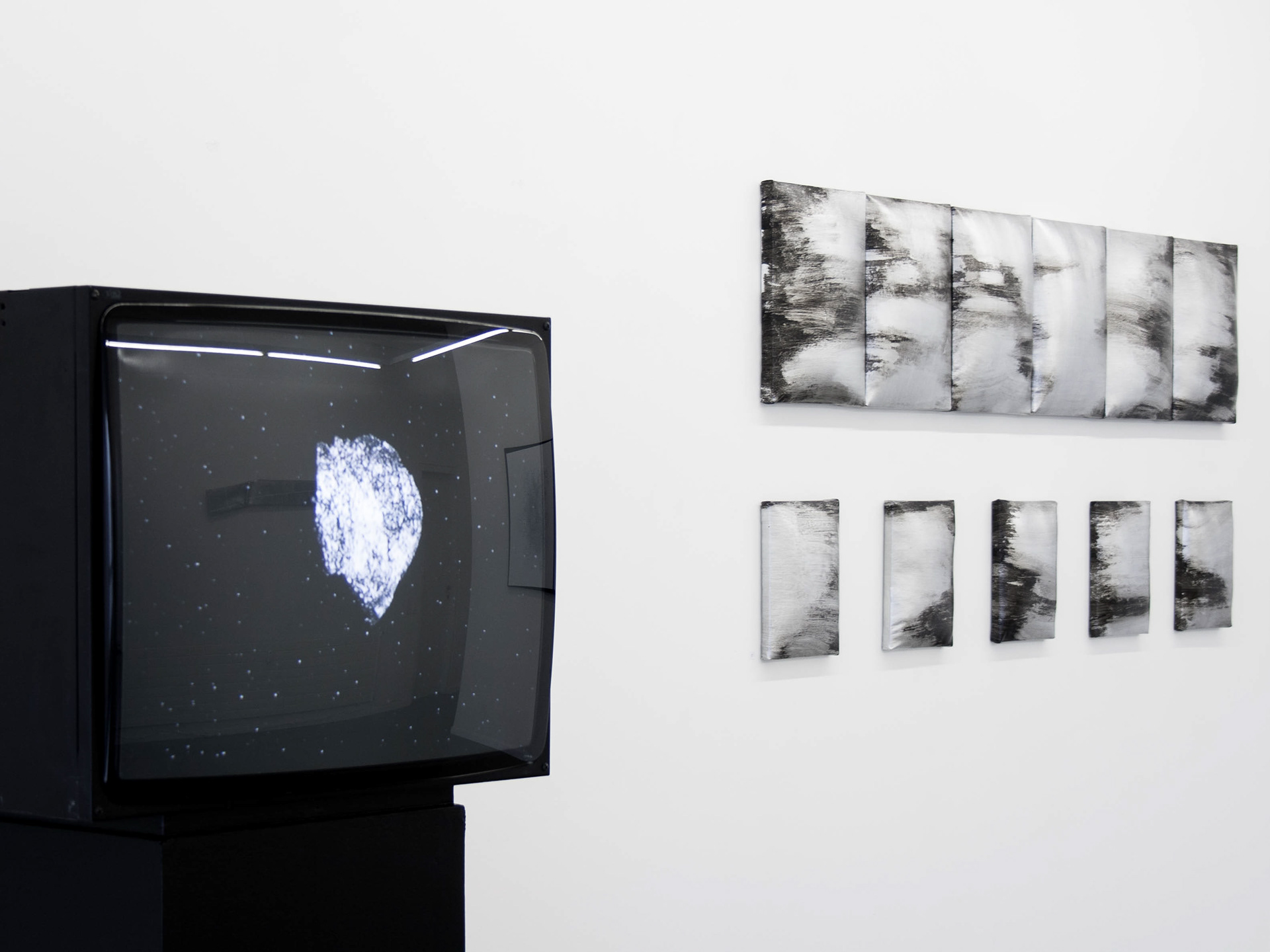 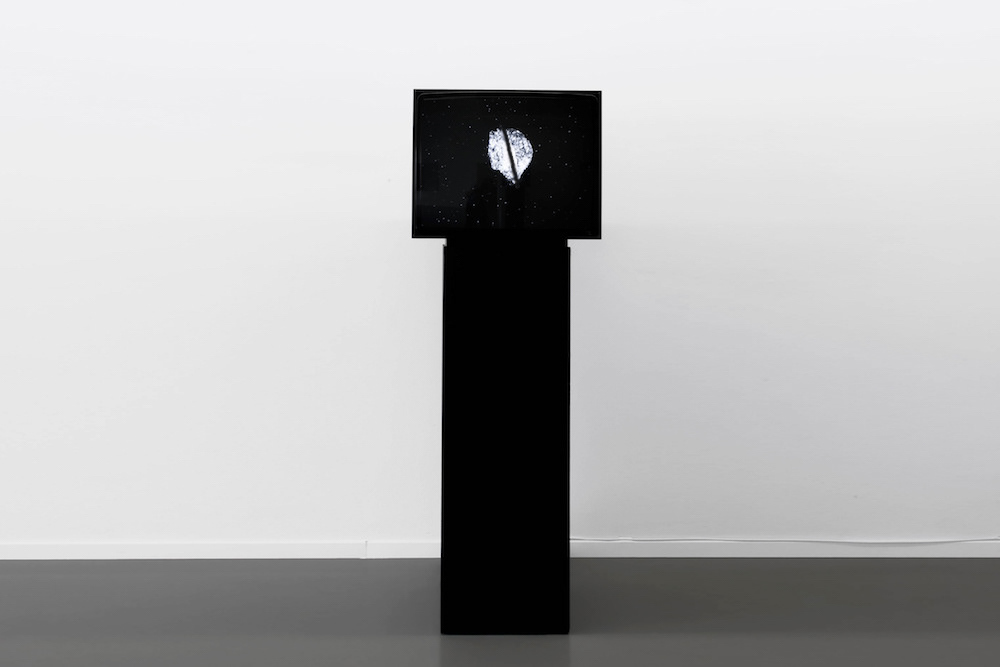 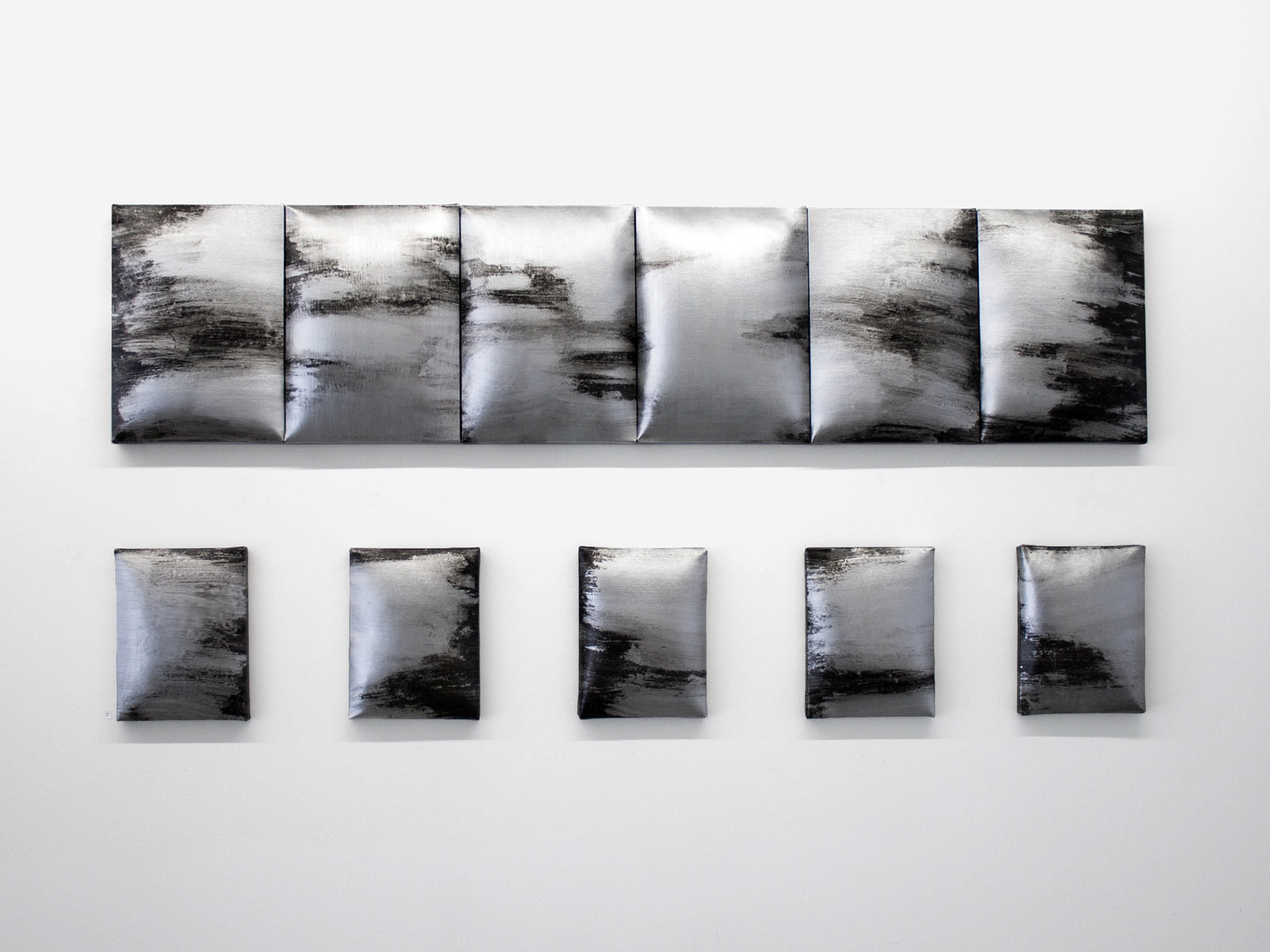 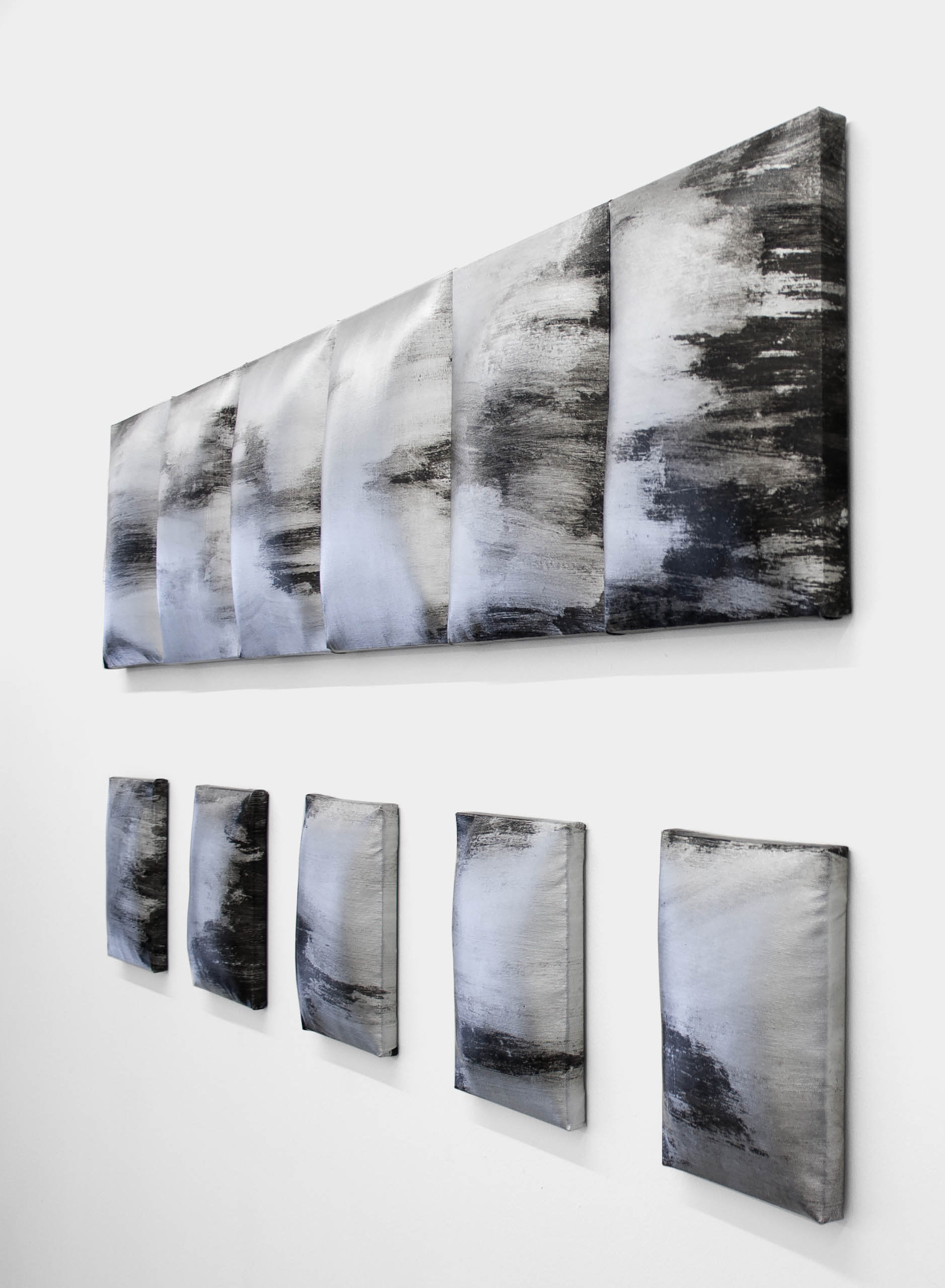 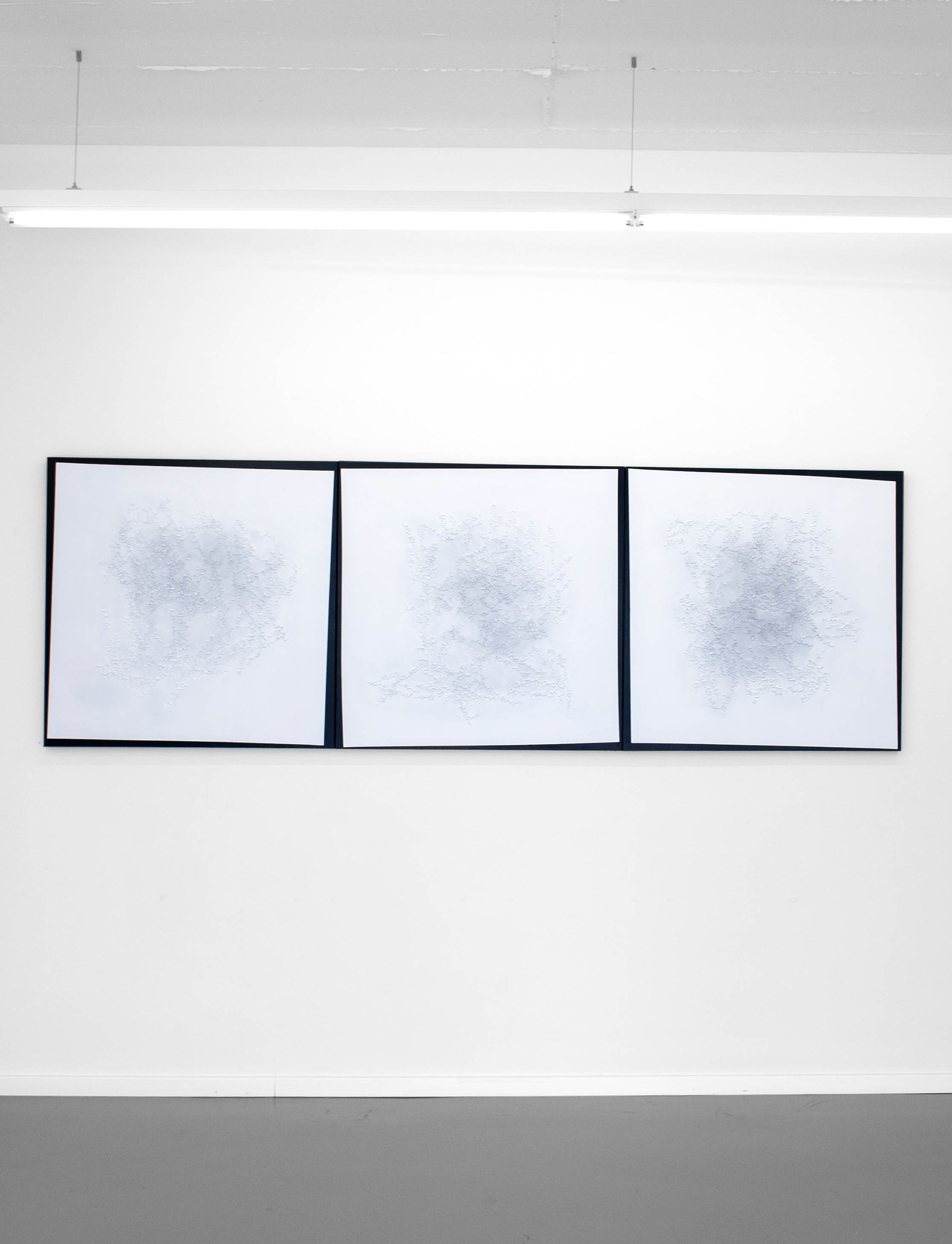 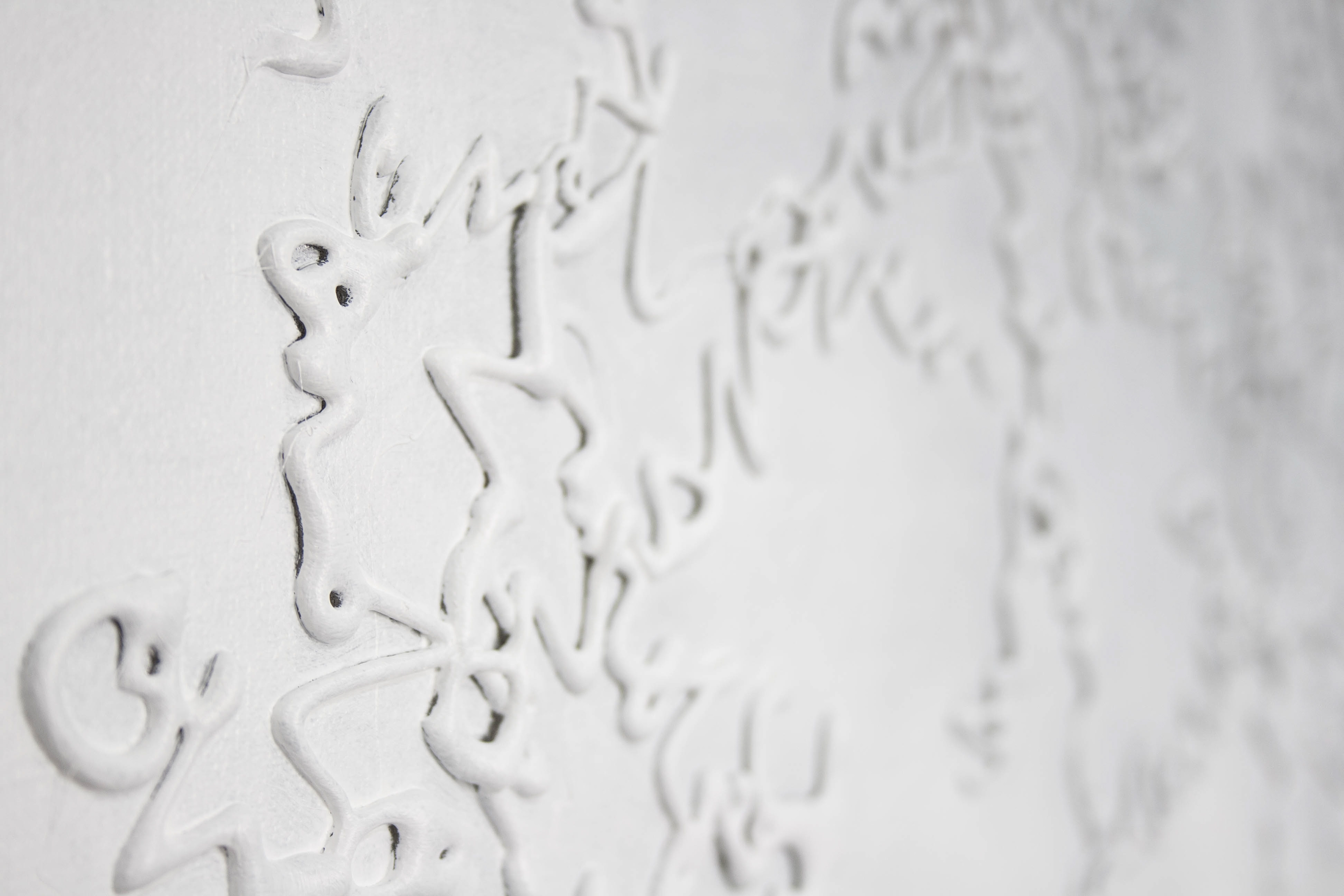 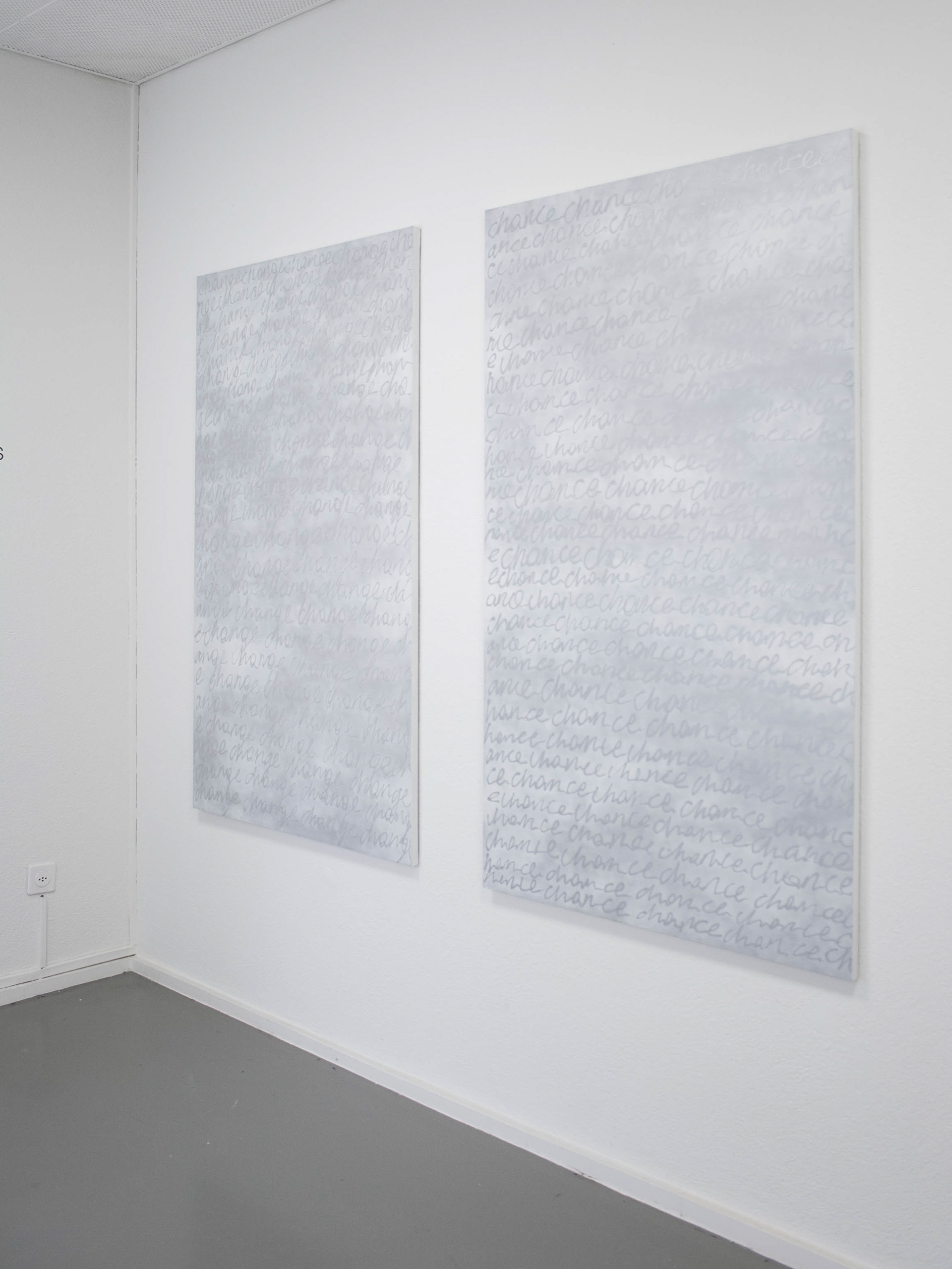 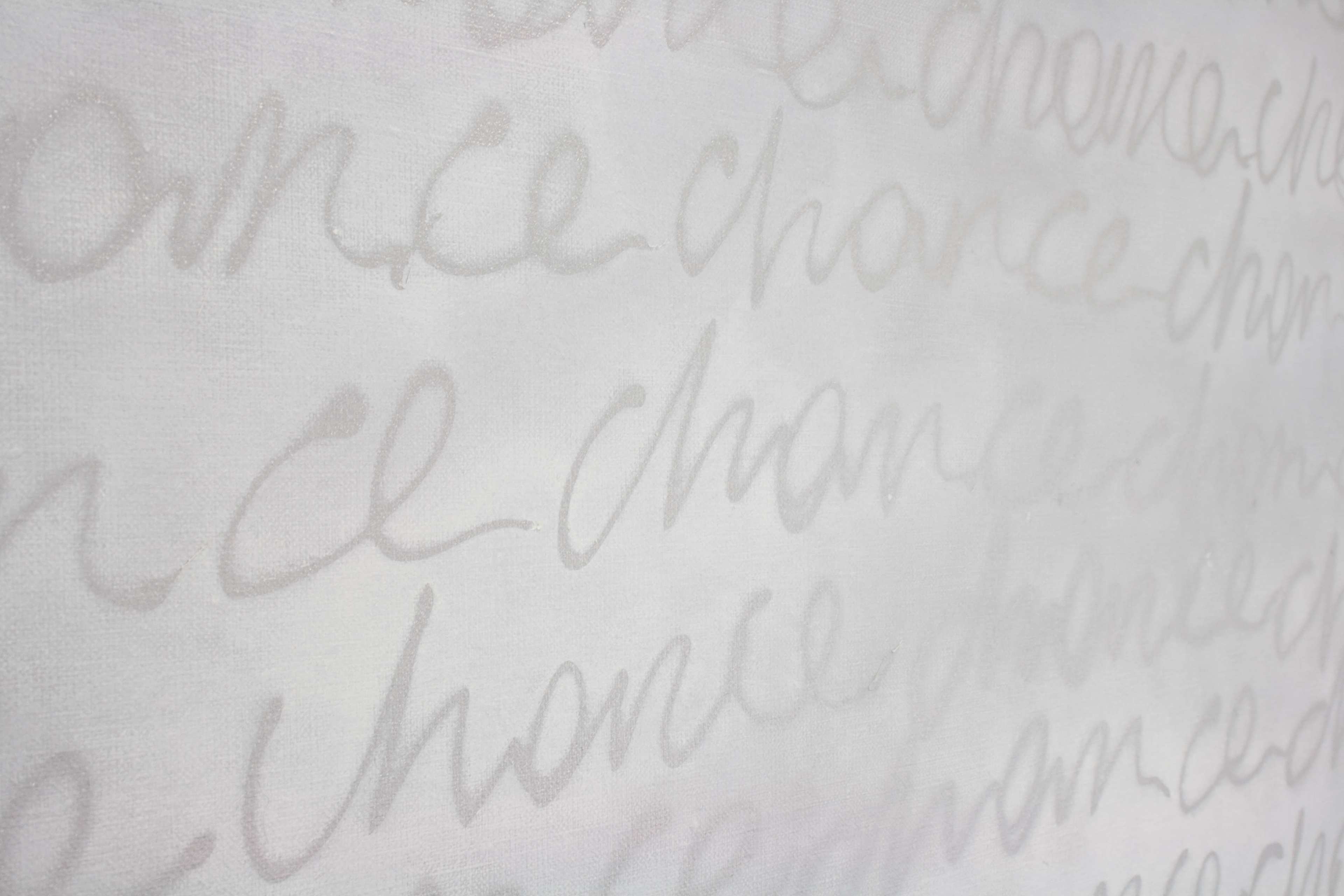